Brexit – have we chosen the right problem?

HomeLeadershipUncategorizedBrexit – have we chosen the right problem?

can never correct the right solution on the wrong problem’ 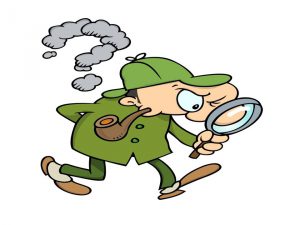 I was speaking recently with a friend who told me about a programme he had been watching on Television in which young people aged between seven and fifteen were competing to win the title of Young Singer of the Year. The programme began with a number of ‘hopefuls’ being selected by the judges to compete. After about six weeks each judge had a team of twelve and the ‘knock out’ process began leaving six contestants in the final round. At this stage the judging was transferred to the public. Five of the finalists were in the upper age group and all were competent singers, one was eight years old. The eight years old won her heat and went on to be crowned by the public Young Singer of the Year. He said that he was very surprised at this as she saw clearly not the best singer however she was the best eight year old singer and the people ‘loved’ her.

How does this relate to Brexit you may ask? It is clear that Brexit was also an emotional vote; an opportunity for the people to ‘say’ something. But what did they say? Sadly we don’t know; however there is one thing I am sure about; the 140,000 people who work for Japanese companies in the UK did not vote ‘leave’ to lose their jobs. They may have wanted the save the NHS, 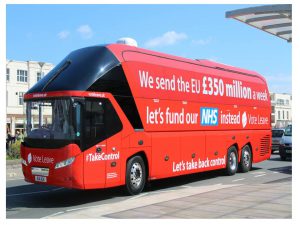 to get rid of the Conservatives, to get justice for Orgreave, to control immigration et al some may even have voted for the economy; who knows?

I have been searching for some evidence on ‘why’ the people voted for Brexit. It is clear that there are many different reasons; but what were the people really trying to say? Our new Government believe that they voted for a ‘hard’ Brexit and immigration control which all seems very logical and convenient as it fits with what they want. The problem as I see it is that there is little or no factual evidence to support this. We know a lot about the profiles of those who voted for Brexit but we know very little about why they voted Brexit.  Lord Ashcroft in his excellent article ‘How the United Kingdom voted on Thursday… and why’ http://lordashcroftpolls.com/wp-content/uploads/2016/06/Leave-vs-Remain-podium-rankings.jpg provides some information on the ‘why’ however the question is, as I understand it, a reflection of respondents views on what Lord Ashcroft believes were the reasons, not what motivated the respondent’s to vote Brexit.

Then I came across the excellent article by Ben Chu, the Independent’s Economics Editor http://www.independent.co.uk/voices/brexit-theresa-may-when-article-50-why-did-people-vote-wages-housing-market-young-people-a7141206.html Reading this I find that I am not alone; that, like  the proverbial ‘hens teeth’, this information is hard to find and as Ben Chu says in his article this means everyone is free to interpret the vote to mean whatever suits their purpose.

So the Government has decided, or more accurately I guess, the ‘Brexiteers’ have decided that the ‘people’ voted for them to;

Are these the things the people really want done? Clearly we have a deficit in our trade in the ‘single market which, as I understand it, is primarily because what we are selling in the market does not attract enough buyers to balance what we are buying and something needs to be done. The return of British Laws for British people is already solved through the proposal set out by Mrs May’s in which all EU laws relevant to GB will be converted into domestic law when we leave the Union thus giving our Parliament the opportunity to change these to satisfy UK needs if necessary. Now we come to the thorny question of the ‘free movement’ of labour within the EU. For the UK this means having 2 million EU Citizens working to support our economy. How many Brexit voters voted for them to go home? We don’t know but we are told that this is not do-able anyway as 3 million of our non-British workers will have been here for more than five years before we exit the EU. Under British Law they all have the right to become ‘resident’ and that the other 600 thousand will be offered a ‘special’ deal to remain. So that’s all done and dusted. As to the future of the Conservative Party we will wait and see.

What about the other issues. Boris with his battle bus implied a promise of greater funding to save our NHS, the North South divide, the Government itself. The style of the ‘remain’ campaign for example upset many people who may well have voted exit just because they were tired of being told what to do. No one really knows. We would like, with your help, to try to find out. If you are a ‘leave’ voter we would like you to indicate using the attached survey what you actually voted for. If your reason is not on the list please add it in ‘other’, if you have more than one reason for voting Brexit please rank your answers from most to least important.

Thanks in advance for your help. If you know other people who voted leave, please send them a copy of this survey, hundred responses would be great and five hundred would be better!.