Are we Losing the Art of Conversation 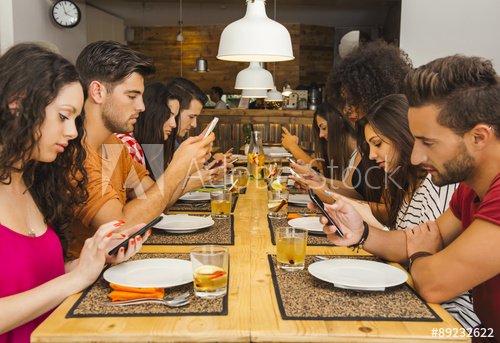 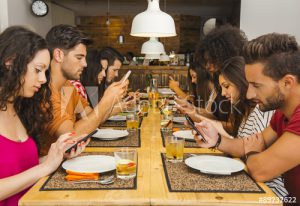 Are we losing the Art of Conversation?

Some people transmit, others receive; only those who have rapport do both

No one is an island; we all need other people to help us achieve our goals. We enlist this help by communicating our needs in a way which we believe will influence them to help us. The more persuasive our communication skills, the more successful we will be; the art of conversation is the key.

When we think about communication we tend to think about speech however communication is much more complex than that. We communicate by being; everything communicates; a beautiful sunrise communicates the promise of a lovely day; a gathering storm sends us running for shelter; the kitten playing with a feather reminds us of the innocence of youth. This process is holistic; encompassing all we see, hear, feel, touch or smell. How we look, worried, angry, happy, how we dress, do we ‘fit in’ or ‘stand out’ we dress, how we sound, the way we speak says much more about us than our words. We instantly capture all of these things and translate them through our senses, into meaning.  This meaning depends on our ‘frame of reference’; different people have different experiences and thus read the same signal in different ways. These ‘instant’ impressions determine how we feel about people and things which in turn determines how we react. If we decide we like someone or something we are we are open to find out more; if we don’t the barriers are up. First impressions are the doorway to opportunity; there is no second chance to make a first impression.

We communicate to Influence others

The aim of all communication is influence; persuading others to give something, feel something, do something. How we communicate depends where we are on the “power” continuum. If we are in a:

At this end of the continuum one person has either physical or psychological power over the other person so the communication is simple; all those with the power need to do is ‘tell’ the subject what to do. If they don’t do it the communicator can use their physical or psychological power to enforce the instruction. For example, a small child who is told to go to bed and refuses can be picked up and placed in bed. A child misbehaving at school is expelled, an employee refusing to do what he/she is told is ‘fired’.

This is in the middle of the continuum; neither party has power over the other. If we want to develop a relationship with someone in this situation we must begin by developing rapport. Rapport is a natural process which virtually everyone achieves in the right environment; normally this is when we are with ‘people like us’. To be successful in life however, we need to be able to create rapport with people who are not like us. The ability to cross social, cultural and national boundaries is essential for those who want to succeed.

This is the dependant end of the continuum where the other party has the power and we are dependent on them for our survival. In this situation, our power base for influencing is limited to either the potential donor’s desire to help’ or their sense of guilt. The mother who takes her child to the Supermarket to beg or the person who plays a guitar on the street corner will receive support from those of us who feel some responsibility for the situation of others; clearly, if the potential donor feels neither of these emotions they will not respond.

Every sale begins with rapport

To be successful we must be able to ‘sell’ ourselves; every sale begins with rapport. As was said earlier we all develop rapport naturally with ‘people like us’. The issue is how to develop rapport with people who are not like us? For some people this is a natural process; successful sales people are a good example of this, they see everyone as a potential customer and automatically build relationships. Many of us however find it difficult to create the rapport necessary to begin a two way conversation. The solution is quite simple; we take the skills we use naturally when developing relationships with ‘people like us’ and consciously adapt them to meet the needs of the situation.

Once rapport is created work to build the relationship by:

The decline of Rapport

So what is this Blog all about? It’s about what I see as the decline of rapport based ‘‘interpersonal’ communication and the massive increase in the use of communication technology to deliver the ‘tell’ style. Not so long ago we communicated with people, now we communicate through machines, networks, sales pages to sell ideas et al. I understand that in a ‘global’ world we can’t speak personally to everyone we would like to make contact with and we don’t need to. However it seems to me that increasing numbers of us are happier communicating with our machines than with each other.

A little while ago we went to the Ballet to see Swan Lake. While we were waiting for the performance to begin, I was looking around as one does and suddenly realised that more than half of the people in front of me, certainly more than 100, were playing with their mobile phones. They did switch them off when the performance started but turned them back on at the interval.  More recently we went to see our local GP.  There were six other people waiting to see him and one child. I was amazed to see that all six were completely occupied with their mobile phones; what they were doing I have no idea, but they were ‘heads down, fingers on buttons and pressing as fast as they could. The child was left to its own devices. We recently went out for dinner to a local restraint and the couple on the next table spent the whole evening playing with their mobile phones. To be fair they did share screens from time to time and clearly enjoyed the experience!

Tell style communication has always existed in its directing form; do this now, don’t do that etc. But it only works where the ‘teller’ has the power to enforce conformance. There is however a more sophisticated version of the tell style. This uses positive and negative visions, Positive visions are about the ‘promised’ land and people are encouraged to want to go there so they volunteer. Negative visions offer disastrous consequences in the hope that people will decide not to go there. Sadly this appears to be the main vehicle through which the opposing sides plan to ‘help’ us decide whether or not to ’Brexit’ on 23rd June.

It seems to me that what we mean by ‘communication’ has changed significantly in the last few decades. When I was young friends were the people who lived in our village. In the winter we played games in the evening, cards, Dominos, Monopoly… In the summer we played ‘tip and run’, football, ‘rounder’s’ went ‘scrumping’ and swam in the sea. The only external communication was the newspapers, comics for me and the Radio; we talked to each other. Today it seems that we spend much of our time talking to missing people, looking at pictures we don’t want and can’t understand and pressing buttons on a small screen. .

Marketing has always existed in some form but has become increasingly sophisticated with the development of the internet. Before the internet we went shopping found something we liked and bought. If the sale person was competent they helped us ‘decide to buy’. With the internet we have a new approach. We don’t need to spend time developing rapport with people any more, we just ‘observe their behaviour’.  I, like most of you, now receive around 20 unsolicited emails a day all from people I don’t know advertising things I don’t want; and it’s all getting cleverer! Like millions of others I am very happy with ‘on-line shopping’ and would not be without my Cell phone or my connection to the internet which provides my window on the world. On Line shopping saves an enormous time and effort, provides a variety of choice impossible for a conventional retailer and an excellent quality of service; the retail world is at our finger tips. Now this retail world is becoming proactive; I was the ‘hunter’ now I am the ‘hunted’. A couple of weeks ago I was looking for a simple wrist watch. I looked at a few on the internet but decided not to buy just then. Almost immediately I found myself being ‘followed around’ as I opened different websites by the watches I had been looking at! Last week I did buy a watch and on Friday was offered a new line of clothing to go with my £20 watch! My wife in now accompanied everywhere she goes by an online Garden Centre from whom she bought five rose bushes; figuratively of course!

So where are we going with communication? Will we have more and more one way communication just because we can easily press the emotional buttons of an audience with shorter time span of attention? Are we going to abandon the art of conversation? I fear so (no pun intended), but I hope not. For me, ‘more wooing and less screwing’ as I am sure the Bard must have said at some stage in his life, should be the order of the day. Let’s create more rapport; speak to each other more, at each other less…

If you’d like to test your ‘rapport’ building skills click here for a FREE Rapport building Checklist.

For an entertaining insight into the real world of influencing I recommend the book ‘When I Stop Talking You’ll Know I’m Dead by Jerry Weintraub, Rich Cohen and George Clooney, Published by Hachette Books ISBN 978-0-446-54815-1